Ampacity is the rating of a conductor under ideal conditions without it overheating. Basically, how much current can you run through a reasonable length wire under normal conditions, reasonable ambient temperature, and probably a bunch of other things before that wire gets too hot that it becomes dangerous. Now, who defines what dangerous is, is probably the NEC or something like that. Again, ampacity is simply the rating of a conductor of how much current, under normal conditions, can run through the wire without it becoming dangerous.

And that's it for ampacity!

I would like to actually use this opportunity to also talk about the different conductors and gauge sizes that you normally work with as doing electrical work in a house. With commercial and industrial, it's going to be completely different but when you're doing a house, there are certain gauges of wires that are very commonly used and they're rated for different sizes of breakers.

Romex is a brand name, it's actually an NM or non-metallic wire. It is surrounded by paper and a plastic sheathing that protects the individually insulated conductors inside the wire. The external plastic sheathing is helpful when pulling the wire so that it doesn’t catch and damage the insulation on the conductors. You’ll also notice that in both of these, there are three wires - two of them are insulated with black and white insulation as well as a bare copper wire.

These wires are called 14-2 and 12-2 gauge NM wire, the first portion of their name indicating the gauge of the wire and the second portion indicating how many separate conductors there are. This can be a point of confusion, however, as we can clearly see there are THREE wires in there, not two. However, in this case, we only consider the two insulated interior wires to be conductors, and the third wire is a ground wire - there only for safety purposes. Often a 14-3 wire will be used which means three conductors (black for hot, white for neutral, and red varies depending on application) will be in the sheathing along with the bare copper ground wire. This third conductor can be used for many different purposes - most commonly for communication between smoke detectors, three way switches, or as an out-of-phase conductor to provide 240V.

Now that we know what is going in within the wire, let’s refocus on the gauge of the different wires. Despite the similarities in how the conductors are wrapped, there is a definite difference in the size of the copper.

It is important to remember that the smaller the gauge, the bigger the wire. In this case, you must have a breaker that is rated for the ampacity of the wire OR LOWER. Meaning, you can connect a 12 gauge wire to a 15 amp circuit breaker but you cannot have any 14 gauge wire in a 20 amp circuit.

12 gauge (20 amp wire) is used more frequently for electrical outlets while 14 gauge (15 amp) wire is used more frequently for lights. 14 gauge wire is very commonly used for 15 amp outlet circuits as well, though, as it’s cheaper and easier to work with. It doesn’t provide the overhead capacity of a 20 amp circuit, though, so you’re more likely to pop a breaker with the inrush current of a heavy load. On the other hand, 15 amps for lighting in today’s world of high-efficiency LEDs is sufficient for large portions of homes. In our home, we have three light circuits but could easily have put all the lights in the house on one 15 amp circuit without any concerns of tripping the breaker.

After 14/2 and 12/2, 10/2 is the next common size. 10/2 wire is a little bigger and is usually used for dedicated appliances like an AC condenser, water heater, or dryer, though you often see 10/3 wire in these applications for the 240 volts needed.

This is a good point to mention that while 10 gauge is rated at an ampacity of 30 amps, larger wire can be called for depending on the circumstances. For the solar array we installed on our roof, the inverters will be outputting a max of 15 amps but we have them connected to 20 amp breakers at the combiner box. Despite this, we used 10 gauge wire as the wire will be in a much hotter-than-typical environment and it will also have a constant current running for hours every day, nearly every day. So, despite the expected load being 15 amps, we are using our 30 amp rated wire. We are not unique in this, this seems to be standard practice for any solar wiring.

The next common size is 8 gauge wire. While wire can come in many shapes and configurations, in the form we bought it, there is a clear difference in how it looks compared to the 14/12/10 gauges of wire. In this case, the wire is round and multi-stranded. The wire in the picture below is 8-3, as you can see it has 3 conductors.

Strangely, in our limited experience, 40 amps is not extremely common. We only have one 40 amp circuit for a heat pump. There are certainly other appliances that use 40 amps, we just aren’t aware of what they are.

Finally, we have our 6 gauge wire, which again is 6/3 due to the three conductors and ground. Physically, it looks very similar to the 8/3 wire but it is obviously larger when directly compared.

6 gauge wire is for your truly energy hungry appliances. Electric ovens, stovetops, spas, RVs that want to run two ACs and a microwave, they are capable of transmitting up to 12kW of power, a truly enormous amount of power for a residential application.

Reviewing the ampacity of the different gauges of wire:

While all the examples thus far have been using Romex brand NM wire. However, for wire that goes into conduit, you can use THHN, or thermoplastic high-heat-resistant nylon or THWN, which is the same stuff but for wet locations. Most THHN is actually THWN, but people refer to it as THHN as that’s the more commonly used name. THHN is different from NM wire because each conductor comes separate and it’s only designed for use in conduit or certain specific applications. Without the outer sheath protecting it, it is much more prone to nicking. However, since it is designed to go into conduit, it is much slicker than NM wire, designed to be pulled through long runs of conduit easily.

If you’ve made it to the end, you’ve learned a lot of rather dry but important information about ampacity of wires. Hopefully this helps familiarize you with what’s going on inside the walls of your own home and makes it so you can either work smarter and communicate better with an electrician that may be doing the work for you. We have several more practical tutorials about wiring inside the house, we definitely recommend you go check those out as well but, of course, we recommend you get back to learning more about electronics and electrical engineering!

Next up:
How to Install an Electrical Outlet | CircuitBread Practicals 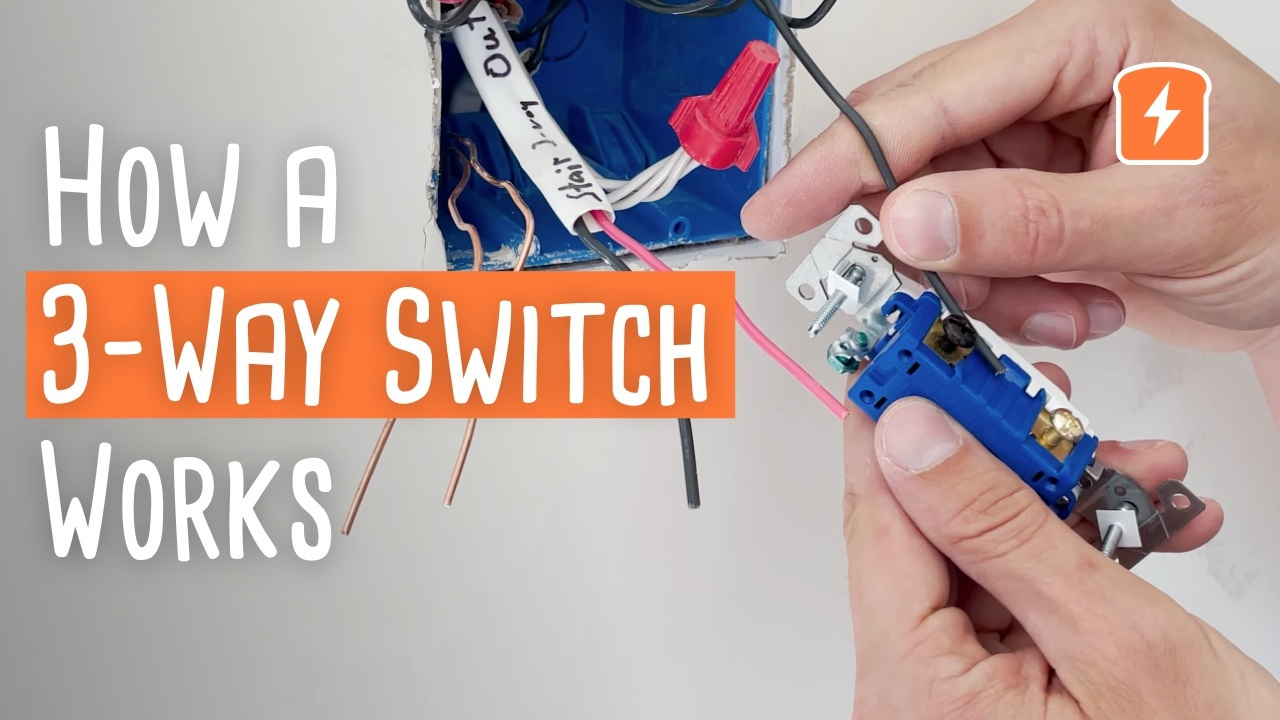 Welcome to another CircuitBread practicals where we kind of talk about the intersection of ...

Welcome to another CircuitBread practicals where we kind of talk about the intersection of electrical engineering and ... 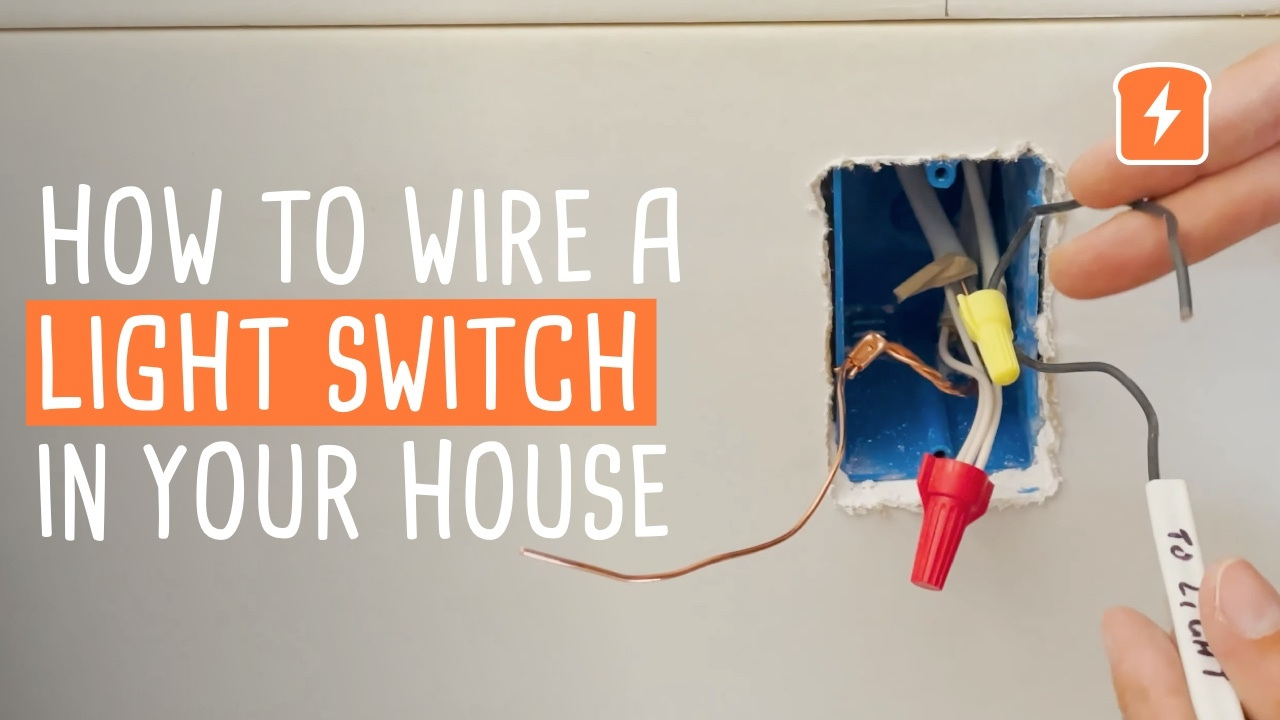 How to Wire a Light Switch in your House | CircuitBread Practicals

Welcome to another episode of CircuitBread practicals where we talk a little bit more about that ...

Welcome to another episode of CircuitBread practicals where we talk a little bit more about that intersection between ...

How to Replace a Breaker | CircuitBread Practicals

In this CircuitBread practical, we are going to talk about how to swap out a breaker. First ...

In this CircuitBread practical, we are going to talk about how to swap out a breaker. First things first, all electricity ...