Is Solar Right for You? The Pros and Cons of Home Solar | CircuitBread Practicals

Having recently turned on the solar system on our house, we are quite excited about the experience, learned a lot, and it has given us ample opportunity to consider the pros and cons of home solar as well as who it would be a good fit for. In this post based on the video review, we discuss some important points to consider in deciding whether or not you should install solar panels on your home.

First, it is important to realize that the installation of solar panels is usually due to one of two reasons, or both. The economic drive of reducing an electric bill or reducing your carbon footprint by shifting electricity production from a dirty source to a cleaner (though still not perfect) form. There are those living off the grid, and while many of these points are still applicable in regards to solar power, there is a significant shift in the breakeven point and motivating factors. However, for those trying to simply reduce their electric bill or carbon footprint, oftentimes these goals cannot be met by using solar. Let’s go over the factors to consider when trying to decide what works for you.

#1 Sunlight Received in Your Area

If you live in a place that doesn’t receive much sun, then solar simply will not be a good fit for you. Seattle receives rain approximately 150 days a year and was ranked by one study as the gloomiest place in America. This is not an ideal place to install solar, as even though solar panels can still produce electricity with light clouds, the amount of power produced drops quickly and rain clouds are usually dark enough to almost entirely eliminate all power production. On the other hand, if you live in Phoenix or practically any city in many of the drier, southern states, you’ll get a great deal of sun. Do your research and don’t depend on simply getting a gut feeling of how often it feels sunny where you live. We recommend using a tool such as this for realistic estimates: https://pvwatts.nrel.gov/pvwatts.php

This is fairly straightforward - if you don’t own your home, you’ll have an additional step in the process of installing solar. And, if you’re installing for economic reasons, you will lose the equity of the system when you leave and it could be an ugly situation with your landlord. From an environmental point of view, it may still be beneficial, but the difficulty involved with installation, liability concerns, and the money spent makes it almost always nonsensical to install solar on a home you don’t own.

#3 Location for the Panels

Of equal importance is the ability to actually put them somewhere. If you have a strange roofline or your roof line runs perpendicular to the typical path of the sun (north-south), it will be difficult to get the full benefit of your panels. This depends a lot on your location - in Idaho, being more northern, we have panels on our south-facing roof section. In Australia or South America, you’d want it to be on your north-facing roof section. The closer to the equator you get, the less tilt you want. If the roof isn’t an option, you could mount the solar panels elsewhere. If there’s space. If you don’t have the space or desire to put them in your backyard, then it wouldn’t be a good option. Also, be sure to confirm that trees or other objects won’t block your panels. With trees, make sure that you both consider whether or not they currently have leaves on them and also the expected eventual height of the trees. We know people who installed solar and then, a few years later, are now producing half as much because some trees to the south of their house have grown significantly.

Electricity has significantly different costs not just within a country but around the world. As a comparison, the electric rate (as of writing this) of California’s lowest tier is only slightly lower than that of Idaho’s highest tier. Because of this, and California’s greater amount of sunlight, it makes more sense economically to install panels in California than it does in Idaho. If we had used a solar installer, it would not have made sense to install in Idaho, but we saved around 70% of the cost of the system by doing it ourselves, which made it so we think we’ll break even in about 8-10 years. Family members in California had break-even points on their self-installed systems of less than 4 years, so the cost of electricity makes a very big difference.

#5 How your Baseline Energy is Generated

#6 Can You Spend Your Money Better Elsewhere?

Even if you can justify the installation of solar panels economically and environmentally, could that money be even more effectively used elsewhere? As an example, we spent approximately $10K to install the solar panels but we also spent $2K in the construction of our home in putting in R60 worth of blow-in attic insulation. The difference in comfort level between pre-attic insulation levels and post-attic insulation levels was night and day, that $2K investment made a significant improvement on our quality of life and has a fairly low environmental impact and should last several decades - longer than we anticipate the solar panels will last. Could spending more money on insulation, a whole-house fan, a more efficient HVAC system, a heat pump water heater, actually reduce your energy needs at a better cost/benefit ratio than solar? We would discourage replacing anything that currently works, but if any energy-intensive device is broken, that’s an excellent opportunity to review your options for more efficient devices or alternatives. But, whatever you do, do your own math and research, never trust the math of a salesperson.

I wish that I could tell you exactly whether or not solar is ideal for you and what would be the best method moving forward for you. But I don't. I do not know what your situation is. But I do hope that this has given you a few things to think about when you're considering whether or not you should do solar. Don’t pigeonhole yourself simply because it is currently popular and becoming less expensive. Do your research, examine your alternatives, and make an informed decision that makes economic and environmental sense for you. If you have any thoughts or questions, please leave them below!

Next up:
7 Things I Learned Installing My Own Solar Panel System for my Home | CircuitBread Practicals 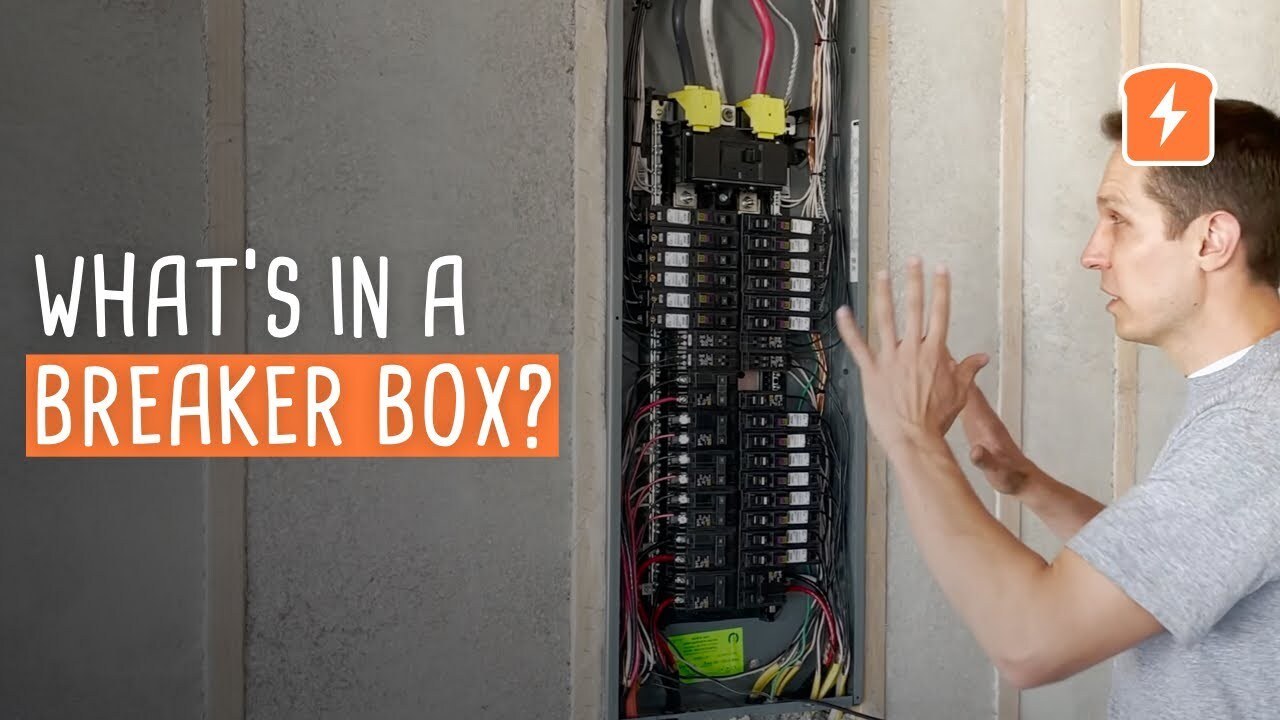 Even though we typically do electrical engineering tutorials, my wife and I have been doing the ...

Even though we typically do electrical engineering tutorials, my wife and I have been doing the wiring in our house and we've ...

After finally completing the process of getting my photovoltaic solar panel system designed, ...

After finally completing the process of getting my photovoltaic solar panel system designed, installed, approved, and finally ...