Even though we typically do electrical engineering tutorials, my wife and I have been doing the wiring in our house and we've been learning a lot of different stuff. I want to share some of the things that we've learned so if somebody asks you, you can have a rough working knowledge and don't embarrass yourself. Too much.

I want to emphasize that even though we're going to learn some of the basics, here in the U.S., it is way more expensive to get a ride in an ambulance than it is to hire an electrician. So, first of all if you aren't comfortable with it, don't do it, get an electrician. Second of all, never work on a live panel. This panel in this demonstration is, first, not complete, and second, is completely disconnected. Now, let's get into this main service panel.

It may be overwhelming with all the wires coming in, but let's start at the top. At the top, we have four large wires coming in. These are our service wires and we have the ground wire which isn't hooked up. In these service wires, we have two power wires and a white neutral wire. You'll note that the coloring is used in other places as well. Power is indicated by black and neutral is indicated by white and then in some of the 240V applications, you'll have both the red and the black as the two hot lines. These service lines come in and they energize these two bars, which are what the breakers attach to. Let’s now look at some breakers.

In this example, we've got a 20 amp breaker and you'll notice there are different types of breakers. There are our AFCI/GFCI type breakers, tandem breakers, and we have our single breakers, with each breaker showing the amperage it is rated for. Most in this box are 20A as well as a few 15A circuits.

Underneath the breakers, you can see the bars and see how the breaker attaches to them. You’ll note that the way the bars are designed, each breaker in a column alternates between one bar and the other. Looking at the top of the service panel, you’d again see that the bars are connected to the black wire and the red wire coming in. We’ll see why that is in a moment.

Most of the breakers are 120V circuits and they’re only connected to one of the bars, so either the black or the red incoming power. In this particular box, we have quite a few 240V applications with double pole breakers. With these wider, double-pole breakers, you can see how a single breaker could be connected to both the black and red incoming wires. The black and red wires are 180 degrees out of phase and this is how you achieve the 240V voltage swings necessary for 240V applications. It should be noted that it doesn’t really matter if it’s red or black, your appliances don’t care.

To this point, we’ve been discussing the power bars but there are also the neutral and ground bar. The neutral bar is closer to the center of the panel and is directly hooked to neutral wire coming in. For most standard circuits, the neutral line from the circuit can go directly into this bar at any point. The breaker will clip onto the bar, completing the circuit. But only with the AFCI or GFCI breakers does the neutral wire need to go specifically into the breaker instead of just the neutral bar. This is because the AFCI and GFCI breakers need the neutral to be a dedicated line so it can monitor both the outgoing and returning current and detect any discrepancies.

As electrical engineers, the existence of both a neutral and ground can be quite confusing. However, from our perspective as EE’s, we can imagine that the neutral line is actually ground. Ground, from an electrician’s perspective, is another safety wire that provides a path away from your body in case an electrical box or an appliance becomes energized. If that happens, instead of shocking anyone who touches it, the appliance has another path to ground. This not only makes it so that there is a lower resistance to ground than your body, it also allows the circuit to conduct enough electricity to trip the breaker, indicating something is wrong.

As always, safety first. The way these boxes are designed minimize the chance that you’ll touch something that could shock you but it is always best to disconnect the incoming power to eliminate the chance of getting hurt. And electricians do know what they’re doing, so please don’t think that reading this overview of a breaker box will make you as qualified as an electrician - when in doubt, get help. But hopefully this helps you understand what’s going on inside your own main service panel!

Next up:
Is Solar Right for You? The Pros and Cons of Home Solar | CircuitBread Practicals 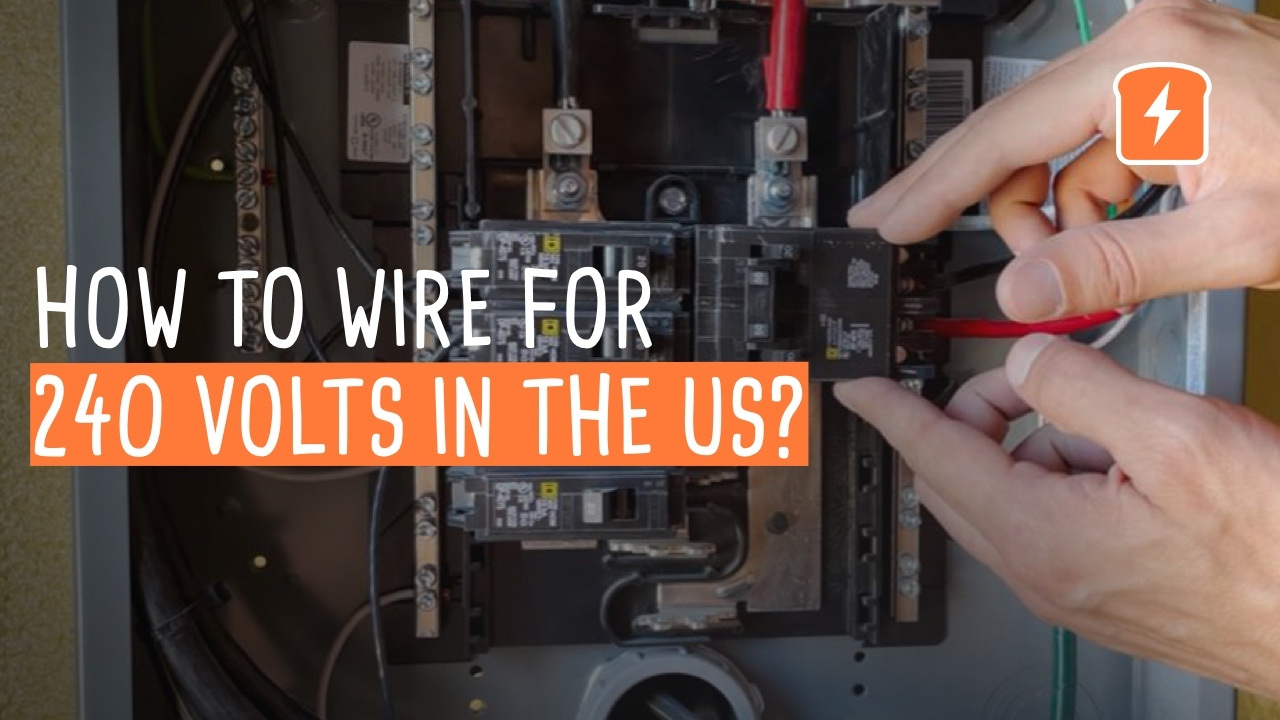 How to Wire for 240 Volts in the USA | CircuitBread Practicals

Welcome to another CircuitBread Practicals - where we talk about the intersection between ...

Welcome to another CircuitBread Practicals - where we talk about the intersection between electrical work and electrical ...

The photovoltaic solar installation is constantly changing and the experience of planning, ...

The photovoltaic solar installation is constantly changing and the experience of planning, installing, and approving a ...

After finally completing the process of getting my photovoltaic solar panel system designed, ...

After finally completing the process of getting my photovoltaic solar panel system designed, installed, approved, and finally ...