Operational amplifiers, or op-amps, are a beautiful thing. They provide relatively high amplification with relatively low noise or distortion, are pretty darn cheap, flexible in their setups and applications, and they’re easy to use. These characteristics make op-amps extremely common in design and in real life.

The Two Rules of Op-Amps

While op-amps are complex internally and there are imperfections, there are two things that you can follow and it’ll make op-amps very simple to understand.

1. The two inputs will be at the same voltage. A little less succinct - the non-inverting input, the one marked by the plus side, and the inverting input, marked by the negative sign, will be at the same voltage. This is because the output will do whatever is necessary to bring the two into balance. For this to be the case, the output must be connected to the inputs in some way.

2. No current will go into or come out of the inputs. The inputs, besides being at the same voltage level, are very high impedance, meaning there should be zero current going into them.

Rail-to-rail - You’ll sometimes hear the phrase “rail to rail” op-amp and this is referring to the voltage output of the op-amp. An op-amp typically has a positive and negative voltage supply and, by being rail-to-rail, the output of the op-amp can be all the way from the negative supply voltage to the positive supply voltage. Non rail-to-rail op-amps can only go within a few volts of the input supply. For example, if you have a +-15V supply, and you can only swing +-12V on your output, you have 3V on the top and bottom end of your output that you can’t reach. It may seem like you’d want to always use a rail-to-rail op-amp but, as with all things in life, you give up other performance issues for this full swing. But if you’re dealing with a low-voltage op-amp, you’re more likely to need that full swing.

Offset voltage - while the voltage at the inputs should be the same, in reality, they never are. They’re going to be off by at least a little, and depending on the op-amp, it could be better or worse. This difference in voltage between in the inputs is called the offset voltage.

Input bias current - the inputs should have an impedance of infinity, meaning absolutely no current flows into them. However, this is also not actually the case. The amount of current that flows through the op-amp input is called the input bias current.

Slew rate - under the assumption that the output has zero impedance, this would mean that the output can source any amount of current to reach the voltage it needs to. With infinite current, every voltage would be reached instantaneously. However, as the output impedance is small but finite, that means the current is finite, which means that there is a speed limit on how quickly the output voltage can change. This speed limit, measured in volts per second (or more commonly, volts per microsecond), is called the slew rate.

Bandwidth - In a perfect world, an op-amp would act the same no matter what frequency signal was input. However, this is not the case. All op-amps have frequency limitations and it depends on the specialized purpose and, typically, the cost of each op-amp for how wide that bandwidth is or what frequency it’s based around.

How Op-Amps are Used

At the beginning, we mentioned how op-amps are “flexible” in their setups and applications. There are too many uses and each of these applications deserve their own tutorial, but we want to give a quick rundown of some of the more popular uses of op-amps.

Summing Amplifier: Adding different voltages together, which is also great when combining voltages of different frequencies.

Integrator and Differentiators: Used in ADCs and wave forming circuits or DACs or detection of voltage changes.

Comparator: While there are specialized devices that work better as comparators, an op-amp configured as a comparator can still do a reasonable job of comparing one voltage to another.

There are many more standard op-amp setups but these are a few of the more common uses of op-amps and it’s easy to see how often these could be used in a circuit.

Similar to Thévenin's Theorem, there is a way to simplify a circuit and represent it with only ...

Similar to Thévenin's Theorem, there is a way to simplify a circuit and represent it with only two components. Unlike ...

The op-amp voltage follower is about as simple as you can get when it comes to setting up an ...

The op-amp voltage follower is about as simple as you can get when it comes to setting up an op-amp. But despite the ease with ... 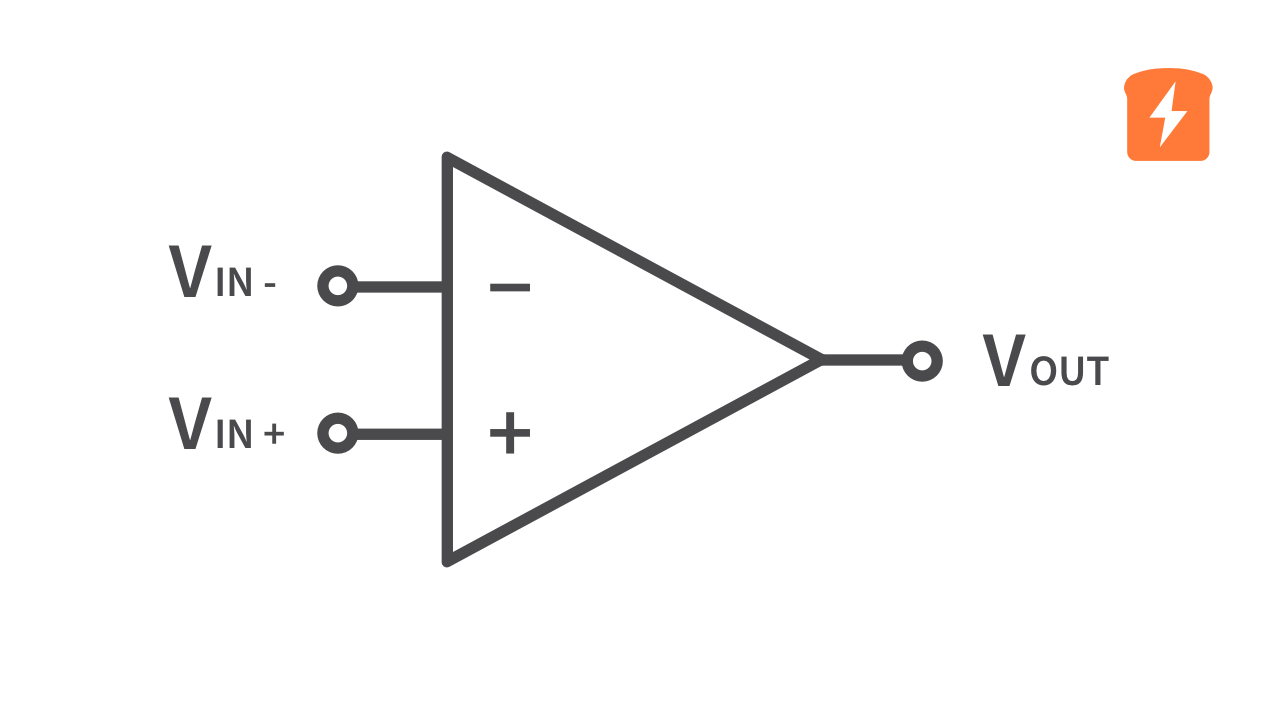